Who inspired us page

While being unable to feel anything, music can perfectly be expressive of emotions manifest emotions. The Contour Theory accounts for music expressiveness in terms of those resemblances that hold between its external and perceivable properties (its contour) and the typical contour of genuine, human emotional behavior. The listener is naturally inclined to notice this structural analogy, which is automatically and unconsciously interpreted in emotional terms.
Following the Contour theory, which takes inspiration from ancient sources but has recently been defended mainly by Peter Kivy and Stephen Davies, music appears as – say – sad or joyful because it possesses those expressive traits; in other words, it “behaves” as we do when we make those experiences.
Two dimensions of the musical contour are particularly relevant. First, some musical features sound like a human moved voice. An acute, stable sound, brilliant and well articulated in its temporal development tends to be perceived as a joyful voice, while a sound full of dissonances is typically perceived as a vocal manifestation of anguish. Much more than the timbre, it is the melodic contour that resembles the prosody of language and, more broadly, the prosody of vocal expressions. The most frequently cited example is Monteverdi’s Lasciatemi morire, from Il lamento di Arianna, where (independently of the word meaning) the descending contour cannot but evoke the despair of someone seeking death.
Second, some features of the contour, such as melody, rhythmic cadence, agogics, and so on, resemble visible aspects of human behavior, like gestures and bodily movements.
A long, animated debate in philosophy of music aims at establishing whether emotions displayed in the musical contour are infectuous. While Davies is persuaded they are – (unfelt) emotions are transmitted by contagion – Kivy believes that what is infectuous is rather an aesthetic emotion vehiculated by music: we do not become joyful when recognizing a joyful contour, but rather when we listen to beautiful music.
We developed elsewhere such debate (see Il Pentagramma relazionale). What is more important to stress here is how much music, throught its contour, can generate emotions accessible to every listener. Most notably, music can be extraordinarily helpful when disturbed interpersonal relationships generate difficulties and suffering, as it vehiculates emotional messages and healty models of communication without committing the listener to real personal, bodily relationships.
These ideas are foundational also of RSM.

The forms of vitality

The second intellectual debt taken on by RSM concerns the notion of vitality forms.
The psychologist and psychotherapist Daniel Stern introduced this theoretical construct to denote what is being exchanged between a child and her caregiver during early interpersonal relationships.
In the most typical situation, a child and her caregiver (but the same situation can characterize also adult interactions) have a “conversation” in which the verbal code is totally or partially substituded by manifestations and exchanges of forms of vitality, behavioral patterns whose musical nature comes to light from their linguistic qualifications: crescendo, diminuendo, staccato, legato, vibrato, and so on. Both participants to the protoconversation alternate vocalizations and gestures in a multimodal turn-taking aiming at well being and homeostasis, as when an initially rising and dynamic contour (rich in staccato and crescendo) turns out to a more quiet and relaxing contour (rich in legato and decrescendo), thus avoiding the risk of overexcitation.
Forms of vitality confer a narrative, dynamic structure to interpersonal relationships; and in doing that they present and invite to share harmonious forms – beautiful forms, we are inclined to say.
While be the principal communicative tool in infany, forms of vitality are present and influence also adult relationships, promoting the sense of shaing a meaningful experience.
The reference to Stern leads us directly to music’s therapeutic potentialities, whose consideration enriches the philosophical considerations developed above. When encountering music, we encounter forms of vitality capable of promoting an emotional communication that, far from being a mere sort of mirroring, is fully intentional – although facilitated by frequent repetitions and a certain degree of predictability. In case of emotional or communicative difficulties, music can surrogate interpersonal experiences that would risk to engender a strong or even intolerable emotional stress. Music is a sort of disembodied person which mobilitates important aspects of the complex interpersonal world. It not only promotes better knowledge of communicative and interpersonal scripts, as well as knowldege of dialogic schemas; but it also deepens intimate acquaintance with our own emotional world. 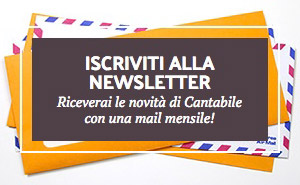